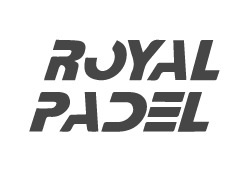 The brand is characterized by its manufacture with Foam and Polyethylene cores, its flagships being the Royal Padel RP Aniversario and the RP WHIP. If you want to buy a Royal padel racket in the Padel Zone you will find a wide variety at the best price with free shipping and of course many gifts with your purchase.

If you are going to buy Royal Padel rackets, you should know that they maintain the DNA of the previous seasons, the mold and materials remain the same as the RP successors, but there is a marked change in aesthetics that is seen at first glance as soon as you see it, and is that the manufacturer has been changing its manufacture to achieve excellent finishes.

Another of the great novelties for 2022, are the blades with Hybrid cores:

In the collection we have blades with a mixed core of polyethylene and EVA, the combination of both materials does not allow to increase the durability and to produce less breakage, since the EVA holds a little more, but the FOAM has better control and better sensations, for That is so much the cheap padel rackets of this brand, for the touch it has and how comfortable you play with it.

The second point for which he wanted to remove the Hybrid is because some users say that they are very soft, thanks to this mixture of cores it makes them slightly harder.

In the market you can find cheap Royal Padel padel rackets , they are manufactured in China, hence their price, they differ from the high-end ones in that their core is made of EVA and the process is more mechanized, they are mid-range rackets for those who are starting or looking for a slightly better racket.

Why choose the Royal Padel brand?

Without a doubt, we are before one of the longest-standing padel companies, the construction of its blades is still handmade, hence its runs are small and have a good value for money.

Royal Padel rackets Opinions : The opinions of this brand are very good, especially for the comfort they have and the great sound when hitting the ball. They are characterized by a soft touch and a large ball output that allow any player to feel comfortable from the first moment they use them.

The best padel rackets Royal Padel have always been two models par excellence, we are talking about the RP Anniversary and the RP790, both rackets are a bestseller and one of the best rackets that you will find from this firm.

In 2022, the evolution of the RP Anniversary has been replaced or rather, there is a new racket above the latter which is the M27, with very similar performance to the Anniversary, but it changes that carbon has been used in its construction. the whole face, so it improves the technology, but with great control, in addition to maintaining excellent power.

The Royal Padel RP790 Whip polyethylene, is another of the most loved rackets by the users of this brand, with a softer touch than the M27 due to its 100% polyethylene core, with a great sweet spot, excellent control and power. More than remarkable, it is in addition to being one of the best, one of the brand's best-selling models thanks to its versatility, in the 2021 edition it comes in black and green colors, like its original version.

Finally, as an outstanding novelty we have the series of padel racket of the APT , the Whip APT and the RP APT America, both with a rough surface that give a plus to the new collection by incorporating this technology so appreciated among those who like to hit the ball.

We have always told you that due to the characteristics of Royal Padel padel rackets they are the best rackets to treat any injury to the arm, elbow or shoulder. The reason is none other than the material with which they are built is polyethylene, a material that totally absorbs vibrations and prevents them from being transmitted to the arm, so the arm does not suffer.

Polyethylene is a soft rubber, that's why they have that touch so appreciated by their followers, they have great comfort, with a great touch, and with a very correct power, you will like it a lot.