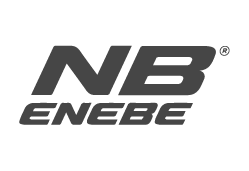 The ENEBE name is synonymous with respect and trust among customers who have opted for this Alicante brand. The NB padel rackets  collection is wide and with very competitive prices, carbon being one of the materials used in the construction of most of its paddles.
Two Enebe rackets that have a great acceptance among our customers are the RSX Grapheno and the Combat Ultrasoft. Javi Rico, professional padel player World Padel Tour wears NB paddles.

After going through the models that were liked so much years ago, the time has come to review the 2022 models that are having the most success and that are being liked a lot, being blades that have become sales success in a short period of time.

And these are our favorite blades of 2021, the collection is wide, but we only wanted to mention Enebe's best-selling blades so that you know which ones you can choose if you want to give them away, or, if you want to wield one of the brands preferred by Many.

The resurgence of the padel brand ENEBE finally arrives in 2022 , a reissue of the brand's mythical blades with its three best-selling models that fit perfectly to any type of player, since we will have the best with each one of them of control, of power and of both types of game.

Why choose the Enebe brand?

Enebe went through hard times years ago, but in 2022, it has managed to return to the same point that it left it years ago, especially thanks to the reissues that it has released with the same characteristics and sensations as its predecessors.

This year, at last, it presented new models with new technologies, presenting more than 20 new blades to try to place ENEBE in the place it deserves .

As ENEBE official point of sale in Valencia , we are very proud to announce our test blade system so that you can test those high-end models that interest you the most.