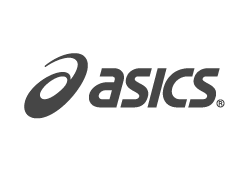 Discover the new ASICS paddle tennis shoes , access a new way to play paddle tennis and run on the court, maximum comfort for your foot, the best-selling shoes on the market can now be yours on sale and with gifts included.

ASICS 2023 collection of trainers and sneakers

The new Asics collection for 2023 is now available , many novelties in footwear and bags of the Asics brand where we have to highlight the Asics Bela and the Asics Gel Padel Lima above the rest of the models, the former being the most comfortable Asics footwear for play paddle tennis, the latter are the lightest that Asics has in its catalog specifically for playing paddle tennis.

Asics Padel has released as a great novelty in 2023 the Asics Gel Court, a sneaker mix between the Bela and the Asis Solution Speed E561N, very comfortable but at the same time light with a clay sole divided into two parts.

One of the best-selling models of Asics paddle tennis shoes, without a doubt, are the Asics Gel-Padel Pro 5, they are the cheap Asics paddle shoes par excellence, they have a great value for money, they are specific to play paddle tennis, they incorporate clay sole and they also incorporate Gel, one of the technologies that Asics uses in all its high-end models so that our joints do not suffer and we can play for much longer on the court.

The Asics Bela, is another of the best-selling paddle footwear from Asics , they are the ones used by Fernando Belasteguin to play paddle tennis, and it was one of the first specific models to play paddle tennis and that have evolved over the years, in 2022, The Bela no longer incorporate seams, they are sealed by heat sealing, a technology that for now only Asics applies in its high-priced footwear, if you are looking for the best paddle tennis shoes from Asics or any other brand, without a doubt you should choose the Asics Ultimate which is the model that replaces them. It has a junior version very similar in appearance to the sale price.

The Resolution 8 1041A301 would be a model similar to Bela's shoes, with the same characteristics and the same cushioning, but totally improved.

Many clients ask us if the Asics women's padel shoes are the same as those for men, our answer is that they are exactly the same, the same models are manufactured in a version for men and another version for women, but only the colors change, generally more pastel colors or with fuscia, but the mold, the technical characteristics, the weight and the benefits are exactly the same.

Shoes Padel Men Asics as a rule are the best choice, if you like a particular model and have available size in our online store, you can buy without worry, we assure you that you will have a zapatilllas paddle high - end will last a long time .

Asics Padel currently has a market share of more than 70%, which places it as the world leader in paddle footwear, and it is not for less, since every year it presents great novelties that make this brand the preferred one by all.

Within Asics paddle footwear you will be able to find the entire price range, from the cheapest, such as the Gel Padel Pro, to the most expensive such as the Gel Padel Ultimate, which is crowned as the great novelty of this year , or, the Gel Solution Speed, which you can buy in our online store at an exclusive price.